What To Read Wednesday: Project Revolution by Sara Schoen 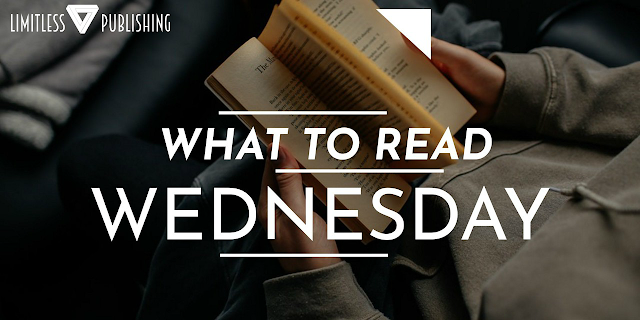 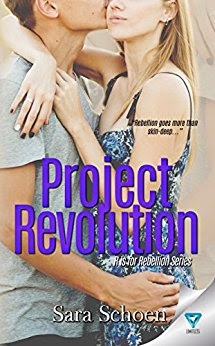 R is for Rebellion Book 1
by Sara Schoen

She is viewed as the golden child by her parents—following their rules and allowing them to make all of her life decisions. But after a lifetime of walking the straight and narrow, Lauren feels as though her life is passing her by.

When she catches her father having an affair, she throws the rulebook out the window…

Lauren realizes that even if she does everything perfectly, life can—and will—surprise you. When life throws her a major curveball, she sets out to live for herself, making the rules up as she goes and smashing through everyone else’s expectations, but she doesn't know how to live without a guideline. So, Lauren is forced to ask her biggest tormentor for help—Kayden Daniels.

Kayden turns Lauren’s whole world upside down with a mischievous smirk and a proposition. But if Lauren wants his help to remake herself, she has to pay the price—her virginity. With no one else willing to help her, she agrees to make the trade. But when her change becomes too much to handle, will she give up or will she keep moving forward with a new reputation and a more adventurous life? 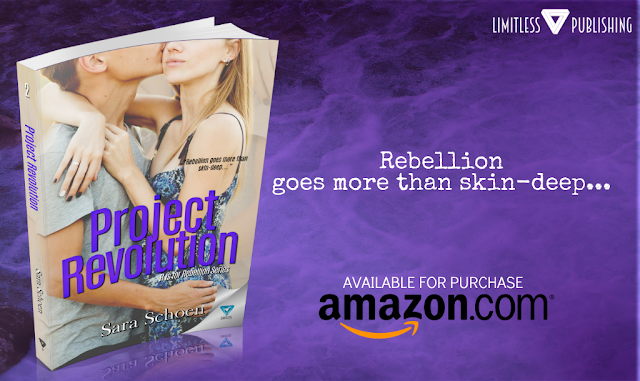 EXCERPT:
"Good luck, you will probably need it," Parker said as she gave me a pat on my back and gave me a slight push forward.

I stumbled forward from the force of her push and walked a little bit faster in order to catch myself before I fell. Luckily I caught myself and made it to Kayden without falling into him. That would have been a great impression for the first time we were going to have to get along since fourth grade.

"It's about time, GG. When Parker told me you wanted to talk to me I didn't think you'd leave me here waiting for you," he said with an unamused, stoic facial expression. I opened my mouth to say he hadn't been waiting that long since the blonde girl walked off, but before I could speak he started talking again. "I'm sorry, by the way. I know I’m really hard on you, but I shouldn't have blurted out your family problems to the whole school. I thought since you were telling Parker at school that everyone knew, but I should have know better."

"Yeah, you should have," I agreed with a snide remark.

"Anyway," Kayden said, understanding that I wasn't going to accept his apology so easily. "I asked Parker how to apologize and she said the only way I could make it up to you was to be here at noon. I didn't think I would be standing here for almost twenty minutes waiting for you. Otherwise, I wouldn't have agreed. I have other things to do, starting with eating lunch."

"Is that the only thing Parker told you? That you're going to make it up to me by standing here and waiting for me to show up so I can hear your best try at a sincere apology?" I asked curiously, because if he thought that he was dead wrong. That wouldn't make up for what he's done to me, not even close.

"Well, no. I have a feeling it has to do with your plan to keep your freedom. You still want to shed the good-goodie reputation and try living life on the edge, right?"

I nodded my head, shocked that he had the intelligence to make the connection. I kept that remark to myself though, we needed to make forward progress in our relationship if this was going to work, and snide comments weren't going to help. "Can you help me with this? Because that's the only way I'm going to forgive you for what you've done to me over the years."
Posted by Unknown at 10:39 AM