Authors, you asked and we listened!

We are returning with another PITCH PARTY!

Pitch to us for a chance to receive a publishing contract.


Here are the contest guidelines:

~ Submit your pitch to us on TWITTER using the hashtag: #Pit2LP. If you do not use this hashtag, we will not be able to see your pitch.


~ In your tweet, also include your book's GENRE. Below you will find a list of genres. Please include the genre in your pitch using a #hashtag like done so below.


~ You should have numerous variations of your pitches available to post during the event.

~ You can pitch several manuscripts.

If @limitlessbooks favorites your Tweet: CONGRATULATIONS! Your pitch captivated us! Please submit your completed manuscript to submissions@limitlesspublishing.com. In the subject line of your email to our submission team, please write PITCH PARTY SUBMISSION. You can submit immediately or you have until AUGUST 31st to submit.

Follow submission guidelines when submitting your manuscript. You can read more about those here: http://www.limitlesspublishing.com/submissions/.

Please DO NOT favorite any pitches. Only @limitlessbooks will be doing so. You may retweet a pitch to show support, but please do not favorite/like/heart them.

Your tweet should include #Pit2LP+ your pitch + your genre using the hashtags explained above.
Be kind. Be courteous. Be professional.

Have fun and good luck! 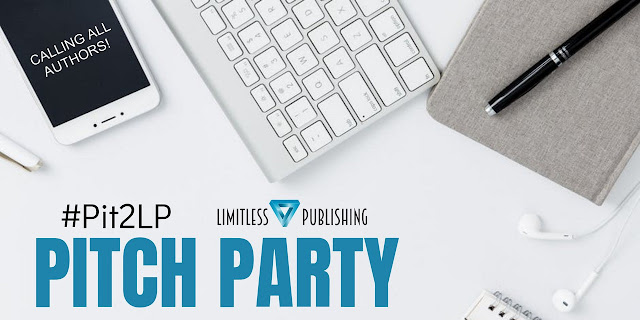 Posted by Limitless Marketing at 8:17 AM No comments:

THE STOLEN PAPYRUS by Cate M. Turner is available for purchase!

It's every archaeologist’s dream to explore the hidden tombs of Egypt. Unfortunately for me, my dream turns into a nightmare when Xander Harrison, a childhood friend who betrayed me, joins my team.

I came to Egypt to study the ancient past, not to be confronted with my own.

Besides Xander’s questionable motives for joining the excavation, I'm also convinced he’s the one responsible for my father’s death. But I can’t prove it. And if I don’t want to miss out on the excavation of a lifetime, I’ll have to put my personal feelings aside and work with the annoyingly handsome Englishman.

But as we find clues to the whereabouts of an ancient tomb, secrets start to surface, revealing pieces of a deadly plot against us. Soon, I start to realize I might have been wrong about Xander. The only way to discover the truth is if I give up the very secret my father died to protect.

Born in California, Cate M. Turner grew up in Ohio and considers herself a country girl with a heart for adventure. But after graduating with a Bachelor of Arts in German from Wright State University, she relocated to Germany. There she worked as an English tutor and a check-in/boarding agent for European airlines such as Lufthansa, Swiss Air, and Austrian Airlines.

Always an avid reader and with a few novellas under her belt, she began The Stolen Papyrus in college, working on it on and off between research papers and exams. Inspired by her love of travel and history (and the prodding of a friend determined to read the ending), she finally finished after eight years.

When Cate isn’t writing or editing, she enjoys baking French macarons, riding her bike around the Lower Rhine, and traveling the world with her husband and son.

To find out more and connect with Cate, visit https://www.limitlesspublishing.com/cate-m-turner/.

Posted by Limitless Marketing at 12:00 AM No comments: